skip to main | skip to sidebar


A consortium led by Shell has won the rights to develop the giant Majnoon oilfield at the second auction of Iraq's oil rights since the 2003 invasion.
The auction for about a third of the country's known reserves quickly surpassed last summer's sale, with Majnoon the largest field on offer in the current round. A group of oil companies led by China's CNPC struck a deal to develop the Halfaya field.
There are 10 fields being auctioned over two days under tight security at the Iraqi oil ministry's headquarters. Last summer's auction saw a single deal struck despite eight fields being on offer.
Shell and Malaysia's state-run oil company, Petronas, beat another consortium consisting of France's Total SA and China National Petroleum Corp for the rights to Majnoon, which has estimated reserves of almost 13bn barrels of oil, compared with 4.1bn for Halfaya.
A total of 45 firms are vying for 20-year contracts to develop the 10 fields, spanning from northern Iraq to major fields in the Basra region in the south. Among the bidders are Britain's BP, America's Exxon Mobil and state-backed companies from Asia.
The deals are crucial for Iraq, which relies on oil for 90% of its government budget and sorely needs international companies' help in boosting production and revamping its dilapidated oil sector. Iraq has the world's third-largest known oil reserves.
Although the security situation has improved since the 2007 surge of US troops, the auction takes place against a background of attacks in Baghdad that killed at least 127 people on Tuesday and raised questions about the ability of Iraq security forces to stem the violence as US troops depart.
Opening the auction, Iraq's prime minister, Nouri al-Maliki, played down the significance of Tuesday's attacks. "There is no security deterioration in Iraq even if a security violation took place here," he said.
The US defence secretary, Robert Gates, flew into Iraq to discuss security concerns. In a meeting with Maliki he expressed his condolences for the Baghdad bombing and offered any assistance the country might need. 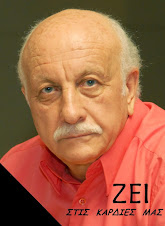